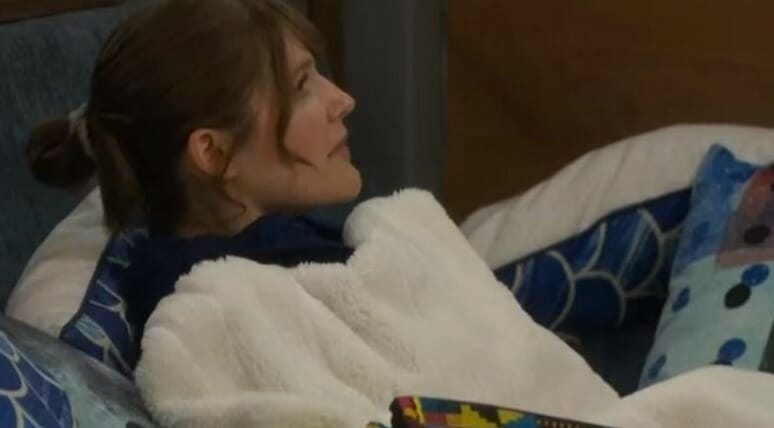 It’s Thursday night in the Big Brother house, and we have a new HoH in the house and that is Tiffany! And we already know who her target is going to be and I’ll give you one hint – she says her name just about every DR session.

If you notice, Xavier is on the block above. For those wondering if that’s a mistake, it’s not. That’s part of Xavier’s veto punishment last week. If he didn’t win HoH, he was going on the block and it was by far the smartest move to go on the block this week rather than next considering his buddy Big D was likely to be the only one playing the coin comp (that was until Julie tossed them all a few extra coins at the end).  That’s why he peaced-out the first round and didn’t even pretend he was trying to win it.

So, you all watched the episode, so I’m just going to start blogging now… 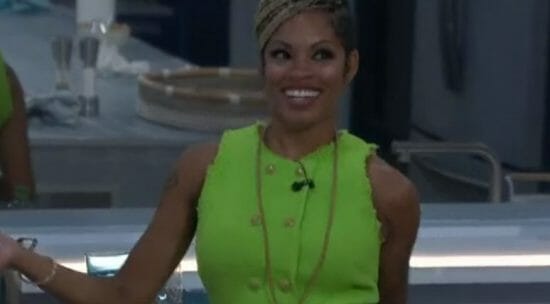 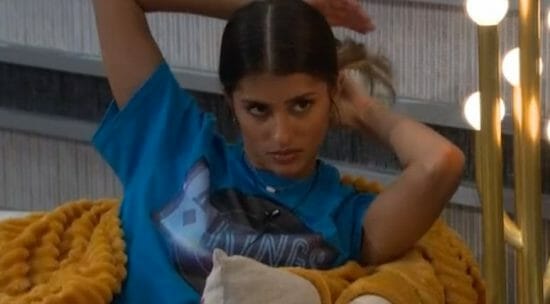 Alright, what this also means is that assuming SB does go home this week, Alyssa is virtually guaranteed to follow her (unless she wins HoH), and then Claire (unless she wins HoH).  According to my cheat sheet, the night Claire goes home  – if it follows that pattern – will be a triple eviction. If the house knows it, Claire may be able to skate by the night because it may be at that point the CO just starts taking shots at each other seeing as 2 are guaranteed to leave the house that night along with whoever was planned on going.  Someone even mentioned how Big D may even try to win the final 7 HoH (lol) just so he can take an early shot at Tiffany. I mean, it’s unlikely Claire survives the entire triple eviction, but stranger things have happened (have they?)

Claire would need a massive falling out by the alliance that has remained an alliance for a solid 50ish days (as of today) with virtually no more catalysts left in the house to cause a rift. Seriously, the cookout played fucking phenomenally. I know people cry about them, but It’s not easy to keep a 6 person alliance a secret and remain together all the way to the final 8. I believe Tiffany reiterated again tonight that there is zero chance that ever happens again because people will suspect any PoC to automatically work together in future seasons.

Note – I will be sending out some confirmation emails to people.  If you receive one, that is to opt-in to the mailing list that just notifies you on new posts. If you received one already over the last 24h and clicked confirm yet you receive another, just click confirm again. My ‘confirm’ status on all the latest emails got switched to confirmed and I want to 100% guarantee everyone on the list has double opted in to receive notifications.