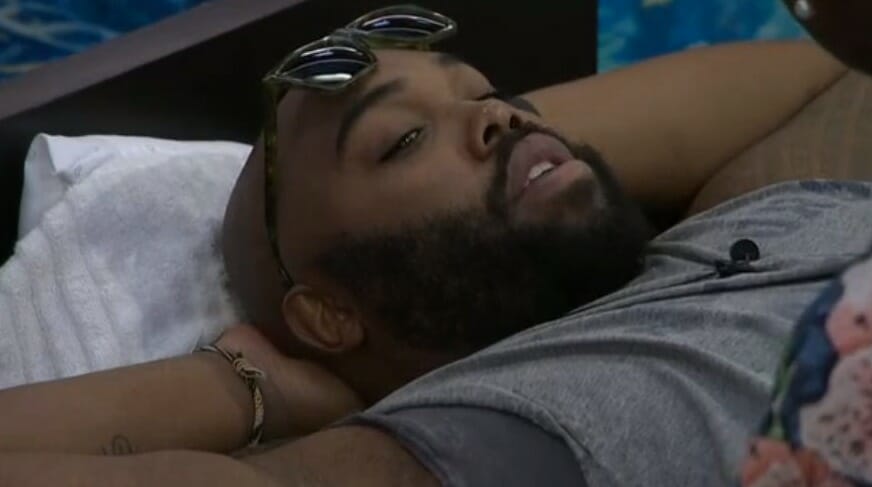 It’s the final Saturday in the Big Brother house and that means it’s the last thing until finale night!  That’s right. After today, it’s nothing. Just sitting around and waiting.

Azah won of course.  This surprises nobody as this path was expected since we knew Kyland would be the next to jury. This means Azah will face off against Xavier Wednesday night and the winner gets to take Big D to the final and win $750k. Pretty sweet deal.

Yes, there is about a 95% chance Big D will be in the final 2 chairs, the only question right now is if it’ll be against Azah or Xavier.  Either way, I’m fairly confident he loses but he should be happy picking up a nice $75k for doing absolutely nothing all summer long. Unless of course you count bitching and complaining. Now, if the final 2 was determined who complained more this season, D would have that on lock no matter who he faced.  Seriously bro, stop fucking bitching.  You’re virtually in the final 2 and you’re picking up $75k.  And if you sit next to Azah, there is actually the chance you can win near a million dollars.

Sure, I think Azah still wins, but with the right argument, D can get some votes his way. It’s not like Azah did much more than him this year. While he was laying on the Big Blue Couch all summer, she was laying in her bed next to it.  Azah only won one HoH possibly because Xavier threw it to her and won another comp because literally, someone had to win between her and D.

I’m shitting on these two, but let’s not pretend they don’t deserve it. As people, they are fine. Big D is a lot rougher around the edges than Azah, but he still doesn’t even remotely offend me. Meanwhile, Azah is definitely a sweet sweet person who appears to have a very big heart.  But, they’re both terrible at this game and did absolutely nothing other than getting carried by the cookout. There is no debating that. 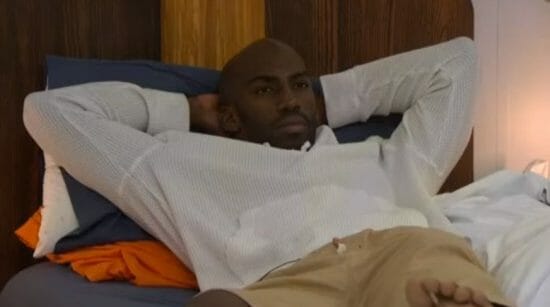 I think deep down I’m just worried we’re going to have a fluke Azah win on Wednesday night which will completely destroy this season because she will send Xavier to jury and we’re left with BB17 all over again. I can guarantee one thing, however.  If that does happen, you know production is going to get together to figure out how to give the stronger player more of an advantage in the final round. Like perhaps have some scoring system throughout the season where you earn social and comp points which help you win the final round. I don’t know how they’ll earn social points, but I don’t get paid to come up with stuff like that. I just suggest ideas and it would be cool to see a running scoreboard.

Anyway, that’s it for the day.  If you’re watching the feeds, expect more complaining from D as he officially ends the season winless in comps.  He won’t be playing in anything else this season so that’s it for him. The big question is whether or not Xavier will bother trying to convince Azah to take him to the final 2 should she win the final HoH.  I don’t think he’s going to be doing a lot of that. He probably expects to win that comp and if he loses, well that’s on him I guess.

Alright, I’m out.  Have a good night!