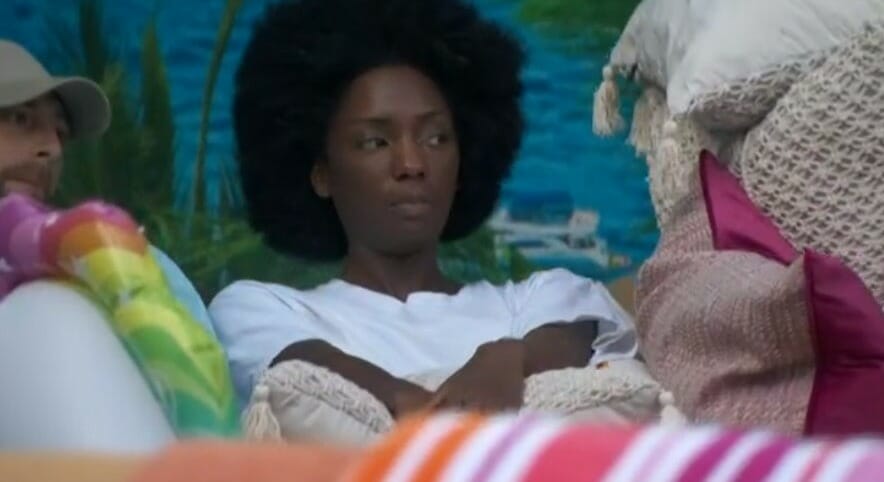 Well, today was a big bag of nothing – so far. The feeds were down for most of the day and it sounded like the WildCard thing Julie mentioned. I don’t think they picked noms yet, but the target is gaining focus the more Frenchie talks.

Speaking of Frenchie, talk about going into the game hard. He has been playing fast and early. Making small duo alliances, trying to form a 7 person alliance, spreading rumors about Christian and Derek X, and plans to backdoor his target this week – oh, and go after a ‘jock’ or another strong person because he wants to make a big move right away.  Well then.  You’d think a huge Big Brother fan would know about not playing too hard early but you know the famous quote by Mike Tyson “Everyone has a plan until they get punched in the face” (or something like that).  Basically, you can pre-game strategize all you want, but once you’re in the house and actually playing, it takes a ton of discipline to actually follow through on a plan.

So, needless to say, if Frenchie is here past jury then he’s either incredibly lucky or incredibly good at this game.  The target on his back is going to be enormous after this week and he didn’t take the chance on the second week of safety. Ouch.

Oh, and when I find out more information on the competition, I’ll obviously post it below

Let’s get into the feeds: