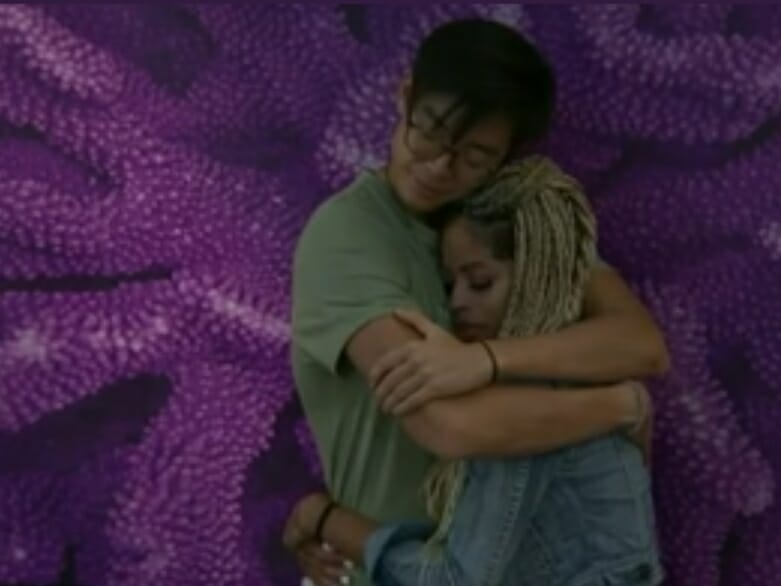 Good Friday morning everyone!  The first week of the season is complete with Travis walking out the door.  Week 1 isn’t usually a big deal to the viewers because we don’t really have anything invested in the players yet. I don’t know Frenchie’s future in this game but at least he’ll always be able to claim his week 1 HOH was memorable.

I had planned to be working at the new house before the live show aired but someone I was giving furniture to was running late so I got stuck at the old house. This means that I was reading BBJ and waiting for Steve to tell me what was happening and listening to a Podcaster comment during last night’s show because I didn’t get to watch it! (insert tantrum here)  I’ll have to catch it sometime today so I can’t comment on anything that I would need to actually see for myself first.  Why do all my moves have to happen in the middle of summer??? 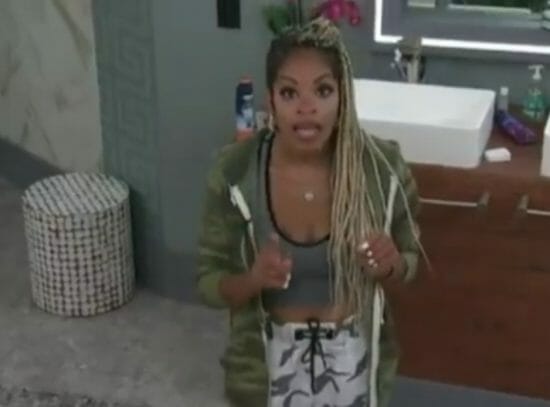 I love how many hg’s camera talk this season!

I’ll  answer a couple questions I got yesterday before I get into the recap. Yes, it was summer before last that we moved because we very unexpectedly sold our house. We were planning to rent for a year, which turned into 2. With almost no inventory in our area and after checking out a couple of really scary prospects, we happened to hear about a house that is directly across the street from my grandchildren. We naturally went into it being responsible and saying that we had to make sure we did NOT  purchase this house because of its location and that we could NOT let that sway our decision. Of course, that’s exactly what we ended up doing and there’s no point in pretending otherwise.  Maybe I’ll stay there forever because I end up loving it or maybe I’ll sell it once the girls get old enough that they don’t want to hang out with us anymore. Who knows?  I just hope, whatever I do, it can happen in the spring or late fall and not mess with my BB anymore.  I plan to sneak off to my office today because I have “important work to do” but I’ll be secretly watching the replay of last night’s episode.  My office has already been set up (kinda) so I could continue working thru the remodel. I should be much better prepared going into this 2nd HOH for recaps because I have a lot of painting to do and that pairs very well with feed watching.

Before I get in to the late night conversation from the feeds, I also want to give a huge thank you to Jason and Thelma. Your generosity blows me away!

I was on edge last night, near the end of the episode. I really thought Brent was going to end up as HOH and have another week a Frenchie.  I’m not saying there wasn’t some entertainment value to it but I don’t think we’re up to handling 2 weeks in a row of it. The technical difficulty around that same time made the moment more intense. I was happy to hear Kyland is the new HOH.  It isn’t perfect, if you’re someone hoping for the slaughterhouse to take a hit but it’s better than the alternative.  There is also a small chance that it could still happen. Kylands win left Tiffany and Claire safe and that was enough to make me cheer. 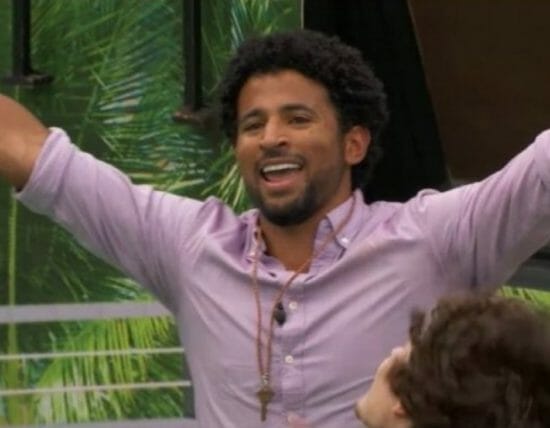 If his plan sticks, Kyland is realizing the benefit of listening and not talking. That’s his plan anyway but we’ll have to see how today goes. His options are very limited if he wants to keep his position with the cookout, slaughterhouse and his apparent duo with Sarah. Tiffany will push for Brent but I think Britini may be this weeks target. She is one of the only people who isn’t aligned with him in some way and it would keep slaughterhouse happy since it would be a woman leaving. He could put up Frenchie and say he was a pawn but I don’t know if he will.  I also don’t think it’s a guarantee that Derek X is safe. I’d like to think so but you never know. Kyland said he wasn’t saying names to people until after the wild card comp which is smart. Britini leaving could be the way for him to keep both groups somewhat happy. It may not be who they want but it may be enough to appease both sides. More importantly, it would allow Kyland to avoid picking a side.

We’ll know later today so check back in for the info. Have a great Saturday!