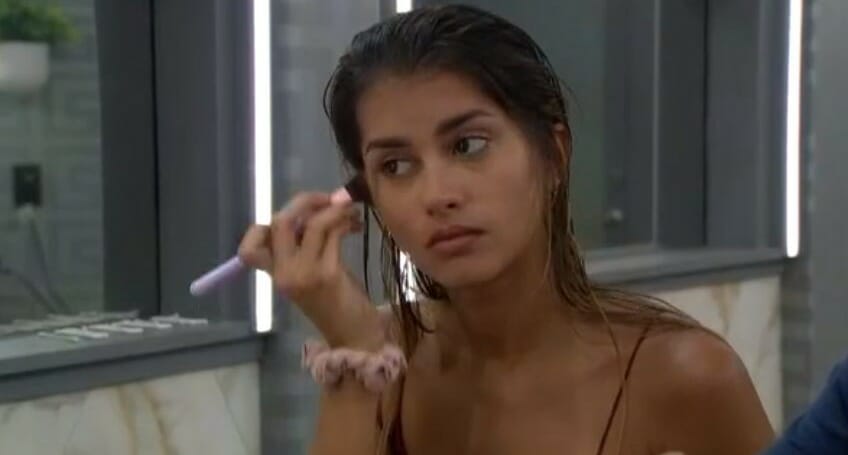 Sorry for the late start. I had a meeting I needed to attend this afternoon which I couldn’t put off. But I’m here and catching up.  Before I begin though, I’ve been working on my BB23 cheat sheet page which you can access at the menu at the top of the posts. I like that page and plan to keep adding to it as the season progresses.  Maybe figure out how to make an entire wiki thing going on for all the seasons but that’s shit down the line.

Inside the house this afternoon, there were a lot of whispers going on. Xavier and Kyland had a lot of the talking and Tiffany got involved as well with some add-on people coming and going through in their 2 cents. A summary of how it went is that most are planning on Whitney being next, but Tiffany wants her to hang around a little longer. Hannah may be used as a pawn against Whitney but Sarah kind of painted a picture of how it may be a good time to get Hannah out considering how much of a threat she is.

The issue with all that is Hannah is an honorary member of the Cookout and they all want to make it to the jury.  There is no real final 6 deal with them, but their goal is to all make the jury and if Hannah goes out before the jury, that defeats their plan.  Brent is still walking around thinking he’s safe which is always entertaining to see, but I’m probably going to talk less of him as the week progresses unless he actually figures out he’s not safe. While I like blindsides, I’m not a huge fan of kicking someone while they’re down and Brent is going to be feeling real down when he’s talking with Julie.

Let’s get to the updates: 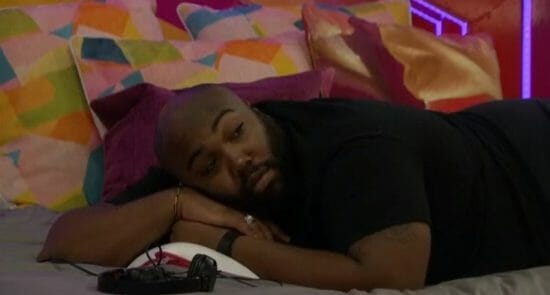 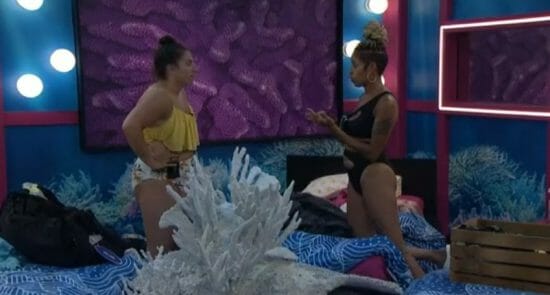 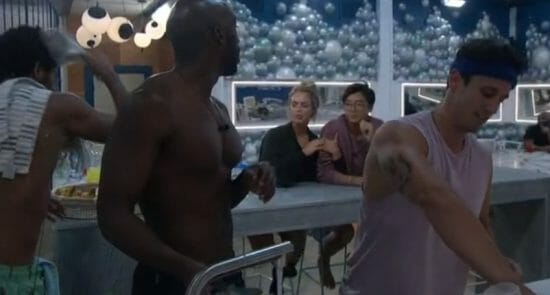 On a side note – If you’re going to come here to bitch about the racial issues of the season, I have a solution on how to fix your problem:

A little rant time – I’m tired of seeing comments with massive racist undertones because people are upset at the all-black alliance. “omg, if the shoe were on the other foot”  Bro, the shoe has been on the other foot for the entire show. Check out this list:

And before people say dumb follow-ups like “That’s an unfair list. Chill Town was two friends who happened to be white derrrr, derrrr, derrr” save it. The point is, this is literally the second all-black alliance on the show and the other was just a pair of friends as well – just like Chill Town. And yes, people also had a problem with that alliance as well.  And we need to be really clear about this, many of those alliances listed went out of their way to exclude the minorities on their seasons. They weren’t open about being an ‘all-white’ alliance, but it was pretty clear that’s what they were.  Does anyone really believe David or Ovi ever had a chance of joining the Six Shooters?

Did anyone think Brett and Winston were ever going to team up with Swaggy and Fessy?

I’d try to give more examples but there haven’t been very many seasons where black males have lastest long enough in the house to even be invited.

Here are the results from the black males who have tried to play this game since I’ve started blogging:

So out of that entire list, you have a bunch of pre-jury people and Josh who is arguably the most disliked winner until Jackson. So let’s just cut back on the ‘omg an all-black alliance. That’s so unfair!!’ crap.  You know what’s unfair?  Putting 1 in the house per season and wish them good luck joining ‘frat bros’ who seem to bond on like day 1. And what’s going to be unfair moving forward is the reason the cookout is so determined. That is because (as Big D said it) this is literally the only chance they have to do this. In future seasons, people are going to automatically assume there are more all-black alliances and try to split them up early. And he’s 100% right.  They won’t be open about their intentions, but it doesn’t mean the intentions won’t exist.

I know that’s a lot of venting to drop but I’m just so sick of the crying.  Shut up and either enjoy this phenomenal cast with some of the most likable people to play this game or turn off your TV and cry in the corner.

Thanks for coming to my Ted Talk