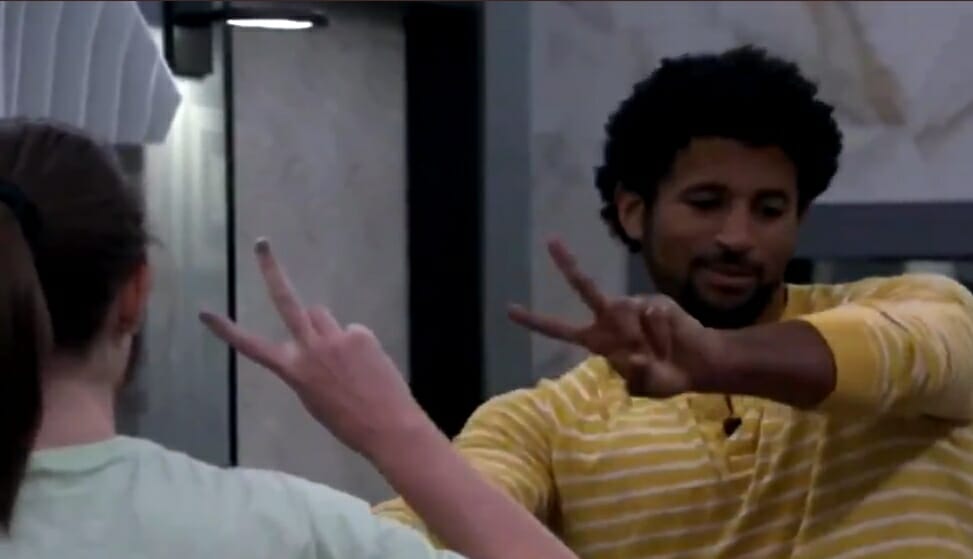 Good morning, we’ve arrived at 2nd eviction day and it isn’t a cliffhanger this week. Frenchie will be evicted unless he can perform some kind of magic but we’ve already seen he doesn’t have that skill in his wheelhouse.  I’m glad he was cast because his downfall (that he caused all by himself) was very interesting to watch. I’ll be curious to see how he handles his post eviction interviews. Is he still going to be living in Frenchie land or once he’s out of the house and can shake it off,  will he have the ability to say he played a terrible game?  Since he is so involved with BB Twitter, I hope he has the ability to see it for what it was….a big mess!  I also hope people aren’t too hard on him because he did provide some great entertainment for a couple of weeks.

I want to say thank you to Brianna for your generous donation. This is a few days overdue and I apologize for that. I’d also like to thank Kari and not her hubby James for hers. (nothing against the hubby, it just wasn’t from him. Lol)

Yesterdays recap involved more personal conversations among the house guests but as it’s getting closer to a new hoh, the game talk began again. People are trying to set things up so they’re protected along with pushing their own agendas. This is what happens when everyone cast (or mostly) is playing the game. I know I’m on the Tiffany train but she isn’t the only one who is there to play.  This is so fun to watch!  I like so much of this cast that I’ve noticed, it makes the few people I don’t care for tolerable. I would’ve disliked Frenchie, Brent and maybe even Derek F during BB19 or BB21 but I’m finding enjoyment in the people I don’t care for too.  When you have good gameplay mixed with some bad gameplay, it’s a good time because there IS gameplay.

Before the recap, I have to ask, how was Brent/Hannah a segment on last nights show when they have this to work with?? Adorable! 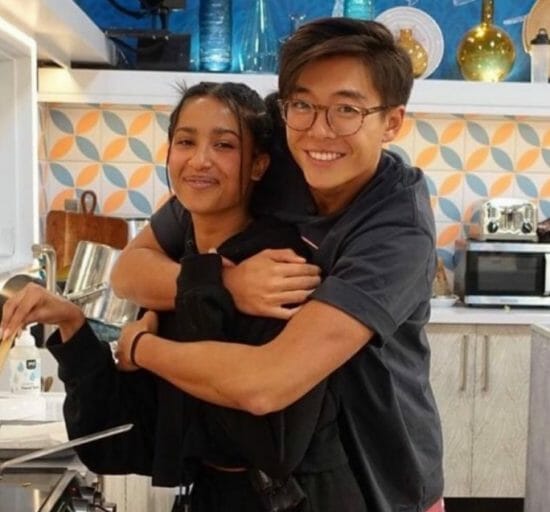 There’s been a lot of talk about different people wanting to throw the next hoh and personally, I dont have a problem with it.  I’m not hearing anyone talk about wanting to throw it simply because they don’t want to make any moves. Having teams this season is playing a part in the potential for people to throw comps. They know teams won’t last forever and if someone has a long term threat on their team, (at least the way they see it) they can’t win because that person would be safe too. They are also gambling on the connections they’ve made with other people in the house because if they throw it, they too could go home.  It’s tricky this season because you want the big threats out early but you also want to keep as many people on your team as possible. It gives you more chances to be safe for the week.   When to try and win an hoh and when to try and direct it towards someone else, involves just as much strategy as which parson you’re going to vote out that week imo.

Having said that, I don’t agree with the people who come in and say they don’t want to win anything the first half of the game so they seem weak blah, blah, blah. That used to be a good strategy but things have changed over the years. Comps wins are viewed as more important for a good resume than they used to be. Early hoh wins are also important for people to get in early with alliances that are forming.  If you want to be included in the early stuff that is happening, you need to give people a reason to want to work with you.  Having power during one of the first few weeks is a very good reason.  Not only do you put yourself in a power position that makes people want to come to you, you’re also taking out people who won’t be on the jury and can’t be bitter towards you.  There’s a lot to gain and very little to lose in being the hoh during the first 3 or 4 weeks….unless you run it like Frenchie.

Brent really needs to win this hoh tonight because he is a huge target. Thanks to Sarah Beth, he also can’t compete in the Wildcard competition.  Tonights outcome should be very interesting.