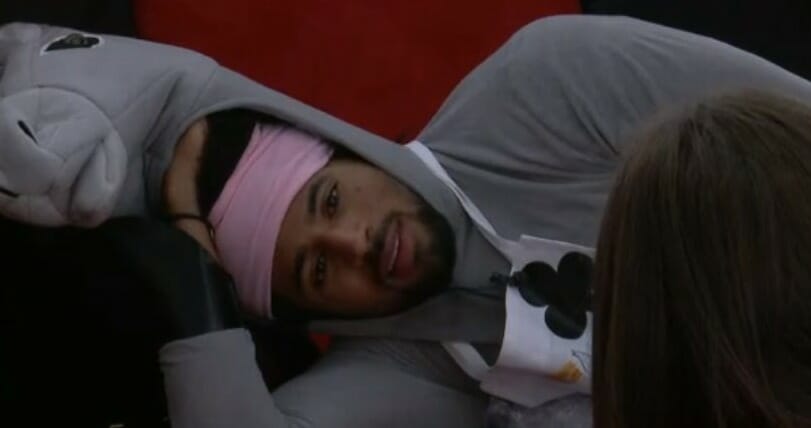 Weeks 2-4 have been mostly a dull thud for the Big Brother 23 season, and the only reason week 1 was remotely exciting is because the HoH was out of control with power. Every single person evicted so far has basically accepted defeat the moment they saw their face on the wall which has resuled in one of the more boring starts to a Big Brother season in recent memory.  On the bright side, however, is those seasons that start off slow rarely remain that way all season and we may have some hints at that this week.

DX decided to sacrifice his own game and bless us with a nice backdoor move to evict a rather large target and competition threat. We will forever be in his debt even when he’s subsequently backdoored a few weeks later.  Let’s be real, there is a reason they save moves like the Christian backdoor for the double eviction and that’s because nobody really has any time to react. Plus, if it’s in a double eviction later on in the season, that usually ends up wiping out like 1/4 of the house in one night so numbers become more favorable to the person doing the backdoor.

What DX did was brave, but stupid. It certainly helped create a very exciting time on the feeds last night as Christian fought as hard as he could to stay and came within inches of flipping the vote. But with 9 more evictions (after tonight) before the final 2, that’s a lot of bullets he’ll need to dodge from people like Alyssa and Xavier who aren’t really thrilled with him right now. The fact that he doesn’t really have a solid alliance behind him just makes it all worse for his long-term game.  I personally hope he pulls through because I respect the hell out of that move, but it’s unlikely it will.

Before I forget – Three strong claps to CBS on the edit last night of Sarah Beth singing ‘row row row your boat’ and then glaring at the camera like a stalker from a horror movie. Excellent!

I’m trying to wrap up my rambling before it gets too long but as of the feeds going down 3ish hours before the eviction, Christian was still going home.  Does this mean he is?  Probably.  But he has been fighting for the last 36 or so hours and I don’t think he’s giving up until he’s out the door. That’s also amazing to see and it’s actually a shame he’s leaving because I love players who fight to stay in the house. I know I said DX’s move was brave, and it was, but I’m definitely pulling for a flip because I will forever be #teamgoodfeeds. I really don’t have a preference who actually wins the weeks. I want good feeds! And Christian successfully flipping the house will be just that.

Do I think he will?  No. But SB remaining in the house isn’t that terrible because Tiffany is just about done with her so we may be inching closer and closer to our first argument of the season (so long as the terrible production staff controlling the live feeds will actually let us watch it which I’m not so sure on right now). Yes, I know as a Big Brother blogger I should be begging people to sign up to the feeds, but you won’t see that here.  I can’t promote a subpar product and until they stop censoring the good stuff in the house, it’s subpar. Do I lose money because of it? Yup.  Do I care?  Not really.   Yes, the feeds can have their moments as I mentioned above. Yesterday was one of them. But even in the middle of all that, they kept dropping the feeds which made them nearly unwatchable.

Okay, let’s get to the CBS updates: