Celebrity Big Brother 2 – The Drama That Never Was 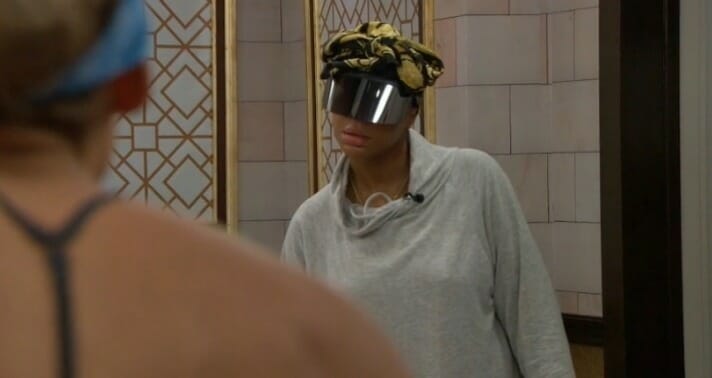 I’m sitting around the car dealership because I got suckered into one of those events where they give you a free gift card if you go just so they can try to screw you over while there. I check Twitter and see people freaking out about the feeds being down, so I pop on the feeds to see what was going on and they were down. Okay. After a little research, I found out they were down because Lolo and Tamar had a very heated argument which may or may not have gotten physical.

Tamar is going down the list of people to start shit with inside the house and I guess today was Lolo’s turn. The two had a brief interaction around 9:30 am where Tamar mentioned something and Lolo told her she’s always popping off and needs to calm down. Tamar gets up close to Lolo and … feeds cut.

About 15 minutes later, all is quiet again and Lolo is doing a little cleaning in the storage room.  She leaves and walks by Tamar who is talking to Kandi.  Tamar says to Kandi as Lolo walks by “call me a bitch, I’m gonna start yanking” (or something like that). Lolo says “then do it”. Tamar turns around and says “then say it”. Lolo repeats “then do it”. They begin to argue and feeds cut again.

Now, I’m going to be crazy here and ask why you would cast people with short fuses knowing full well there will be arguments if you’re going to cut the feeds when they happen? What kind of bullshit is that? This is exactly what I don’t heavily promote the feeds the way I used to a few seasons back. The comps are rarely shown and half the time the best arguments are cut. It’s bullshit.  I can almost guarantee the feeds will be down for another hour or two and they’ll return with nobody talking about it. Maybe one or both will have been evicted due to a fight, maybe not, but we certainly won’t see the best stuff. The stuff they cast these people for.

Enough ranting, let’s get to updates: