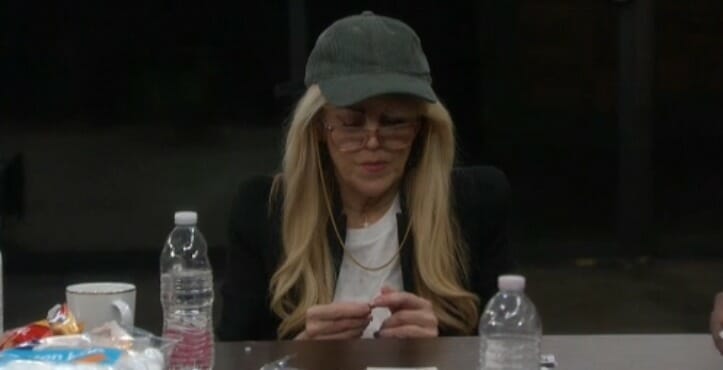 As expected, the house has slowed to a crawl now that they’re down to the final 5 with two of the players (Kandi/Dina) being fairly isolated from the other three.

The biggest news of the house is the prep for the final 2 as the realization that in games like Big Brother and musical chairs, once it gets down to 3 people, there are still only 2 chairs to sit in. For someone like Lolo, that is panic time because she is starting to stress hardcore about the money.

I guess that’s one reason why this d-list celebrity Big Brother thing works the way it does is because the prize money is actually decent for 3 weeks of work. For multi-millionaires like Kandi, $250k is obviously nice, but not something she’s going to go crazy over.  For someone like Lolo Jones, that money is a huge boost leading up to the Olympics.  Let’s not forget, Jones has had an average running career and has mostly remained famous because she was famous. She was just one of the media darlings from the 2008 Olympics who had a ton of potential but tripped over a hurdle and finished in 7th place. She was actually in the lead when she hit the hurdle so that instantly made her famous.

One of the reasons we know that Lolo isn’t doing so great financially is because she lets everyone know whenever she can. She is really pushing the pity card despite quite possibly having more net worth than someone like Dina Lohan (who recently filed for bankruptcy) and maybe Ricky (who had his money stolen by a financial manager).

The one thing that is almost certain is that Kandi should be evicted next unless she wins the veto. If she does get evicted, that could lead to finale twist where the final HoH winner ends up picking someone like Dina because they have better odds at winning. Of course, by making such a move, it risks two potential jury votes, but it may be a risk worth taking. We’re going to keep listening to see if anyone hints at making such a move over the next few days. Ricky is the person I think could do it the most.

Speaking of Ricky, he nominated Dina and Kandi as expected.  Not sure when the PoV competition is going to happen, but seems like Kandi has to win or she’s gone.

Have a good day, everyone! 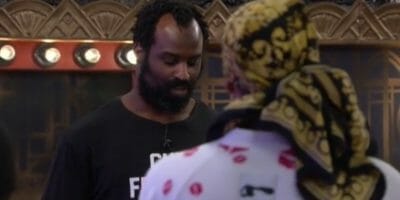