Down To The Final Week BBOTT 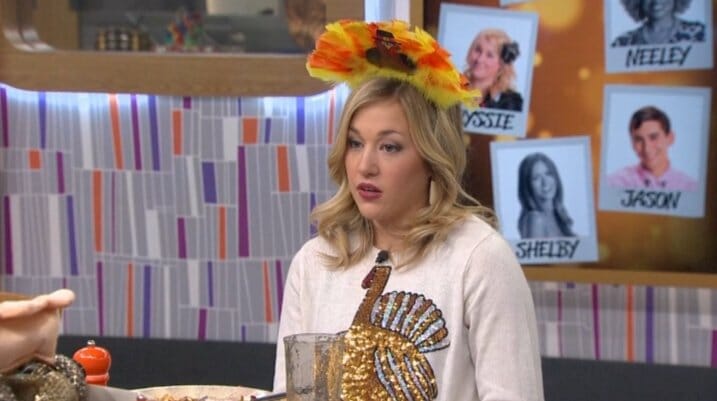 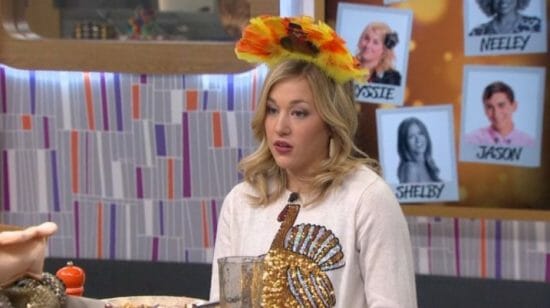 Good afternoon, everyone!  I hope you all had a fun and safe Thanksgiving! It’s so weird watching Big Brother celebrate this holiday, but hopefully it will become a norm. This season didn’t ever exactly crash my site with people rushing to get spoilers due to the lack of viewers that CBS gives during the summer, but overall I think it was a fun season that could certainly use some tweaking to be even better next year.  I’ll take two OTT season’s next winter!

Anyway, here we are, down to the final 4 with basically two people set for the final 3.  Jason won the first part of the HoH competition which guarantees him a spot, and Julie said he’ll be able to take someone with him, which is expected to be Kryssie (congrats, Victoria 2.0!). This will leave Morgan to battle Justin for the final spot, and the other two are already making it known who they want it to be, and it isn’t Justin.

I haven’t watched much feeds over the past 36 hours, but I’m hearing that Justin has been more grumpy than normal and it has rubbed the remaining players the wrong way. Well, that or they’re just doing their typical thing where they trash the person they want to leave, so they search for reasons to dislike them. Seeing as the house has been so divided all year, it was pretty common for one side to trash the other, but even when they had to cannibalize, that typically didn’t stop the shit talking. The week when it was pretty well known that Danielle was going home, Jason and Justin had a field day trashing her, which is why I think it’s a bit sad to see Danielle gushing over Jason on twitter – then again, ‘rooting’ for the person likely winning a quarter of a million in a few days isn’t a bad move. Maybe she’ll get a free trip to Boston out of it if he flies his alliance in for a “celebratory dinner”. Shit, that’s the least he can do considering how lucky he was they kept him in the game knowing full well he’ll likely win at the end due to his popularity on the outside.

Now, with all that said, let’s talk final 3 regardless of who is there because the season’s winner is already there. Alright, it’s not a guarantee, but there is 0 chance Kryssie beats Jason, maybe 5% chance Justin does, and maybe 20-25% Morgan. The only reason why I give Morgan that high of a percentage is because pretty much the entire ballsmasher fans will be hammering their votes to her, while the LNJ fans may be split some. I don’t think it will be enough, but it should hopefully be enough to put her in 2nd place (which she deserves).

Yes, as much as it pains me to say it, Jason deserves to win this season out of the 4 of the remaining players. 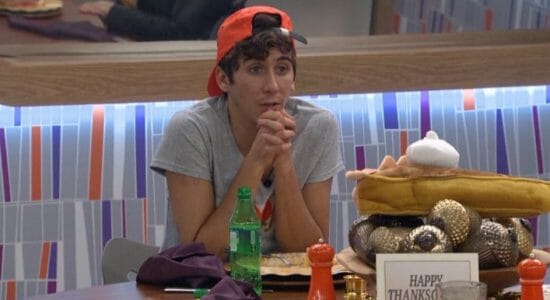 He played a better game

My decision was largely based on the past week when he won a game-saving (albeit easy as hell) veto competition, and then dominated the HoH comp. Going based on competitions, there is no close 2nd right now. While he had a pretty shitty strategic game, most people did simply because this season was all about America and how we voted. I will still say his fake alliance with the smashers was one of the most pointless moves in BB history, and almost cost him the season when Shelby refused to work with him because of it. He probably would have gone home that week if not for his social game which was his saving grace.

Socially, he was able to convince a bunch of people to keep him in the house and carry him along despite early care packages going his way as a sign how much bigger his fanbase was than the rest of the crew. He convinced two models (Danielle and Shane) that they were ‘misfits’ and ‘outcasts’, and one of them (Shane) he stole from Monte.  Sure, it wasn’t ALL him who stole Shane and created the misfits, but he was clearly the social backbone behind that alliance. They all sat on that couch inhaling his smoke because he was there, not the other way around. He had both Danielle and Kryssie insanely loyal to him, and reeled Justin back in with ease whenever he began drifting to the other side.

And yes, he was also the reason the LNJ was so vile and horrible at times, but that just shows how much of followers they were to him. Whenever he wasn’t around, most people were tolerable, but as soon as Jason strolled in, the shit talk and annoying behavior resumed. He found the worst (dumbest?) players in the house, got their loyalty and used them as shields to get deep into the game. Jason doesn’t make the finals or even come close it without 2 things:

While it would be nice to see a non-vet win a season with vets (who isn’t a super genius like Ian), I don’t think that will happen, so the best we can hope for is that a decent person (Morgan) finishes 2nd and gets what I assume will be a 2nd place prize.  I don’t think there will be America’s Favorite this year, so Morgan winning any type of prize money will be similar to Paul at least winning 2nd place (should have been 1st), and Victor winning AFP.

I doubt there will be a whole lot going on over the next few days, so I’m not going to be posting a lot.  I am busy most of the day tomorrow, but I will try to recap whatever ‘game changing moment’ happens tomorrow night (I think it’s just going to be Jason being allowed to take Kryssie to the f3).

If anything exciting happens today, I’ll post about it, but for not, enjoy your Friday! 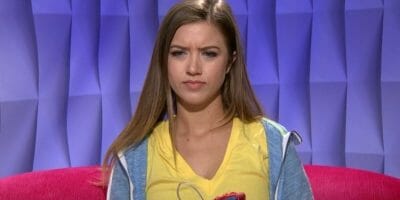