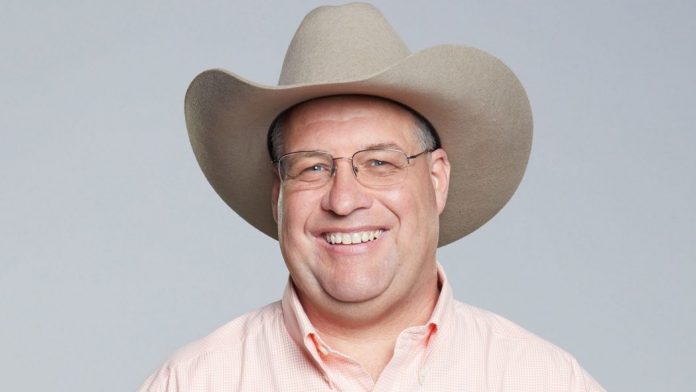 I’m going to be blunt here, it’s like Big Brother casting isn’t even trying. It’s like they just have certain categories of houseguests and fill the slots based on that. It’s clear that one of their spots is ‘older father figure’ and that spot goes to Cliff Hogg III. An engineer from Texas who loves watersports, gardening, and politics. Seeing as he is unlikely to get two of those inside the house, that will open the door to a lot of political talk which will make blogging this summer super easy. There is nothing that unites the country and encourages civil discussion more than politics so the comment section should be a breeze this year.

His game should be interesting because he’s going to embrace his inner old dude status and just play the loyal soldier to any young dudes willing to take him on. I haven’t quite analyzed if he’ll get along with anyone yet but if he indeed does play himself off as simply a harmless vote for one side, that could take him further in the game than we’re used to. I don’t see him making it as far as Kevin, but I also don’t see him getting the first boot.

I’m going to go out on a limb on this guy and say he’s not going to be first out. In fact, I’m saying he makes jury. Barely. He’ll probably be one of the first in jury, but that’s better than many older dudes can say.

Three adjectives that describe you: Funny, stubborn, and caring.

Favorite activities: Watersports (fishing, jet skiing, swimming, scuba), gardening (I grow satsumas, muscadine grapes, avocados, and will also be growing Loofahs this year), and politics (I love to discuss and debate political topics and concepts in the right environment).

What do you think will be the most difficult part about living inside the Big Brotherhouse?
The lack of communication with the outside world. Sitting in that house and not knowing what is going on with family, the country, my sports teams, etc. will be frustrating. The lack of privacy will be tough at first, but I think I’ll get used to that rather quickly.

Which past Big Brother cast member did you like most?
I like the logical, strategic play from people such as Derrick, Vanessa, or Dan. But Vanessa whined too much when she thought the chips were against her. My favorite of all time has to be Derrick.

Do you have a strategy for winning the game?
Present myself as the loyal soldier to one or more strong players while creating enough chaos or paranoia to have people pointing fingers and targeting each other. People WILL assume that I am a loyal kind of guy because that is how I live my life in the real world. I will use that to my advantage and betray as necessary in the end game to get me to the finale!

My life’s motto is…
Two mottos: “Never let others tell you what you can or can’t do” and “Never be afraid to stand up for what you believe in!”

What would you take into the house and why?
– My cowboy hat and boots. They represent so much about where I am from and who I am.
– Plenty of Aggie clothing. People from Texas are proud…. but Aggies take it up another notch and I love to brag!
– My wedding ring and Aggie ring, the two items that symbolize some of my most proud involvements.

Fun facts about yourself:
– I swam with alligators.
– I can say the alphabet backward.
– I once won an award for rowing.
– I’m definitely the jokester in my family.
– Learned to drive a car at the age of seven!