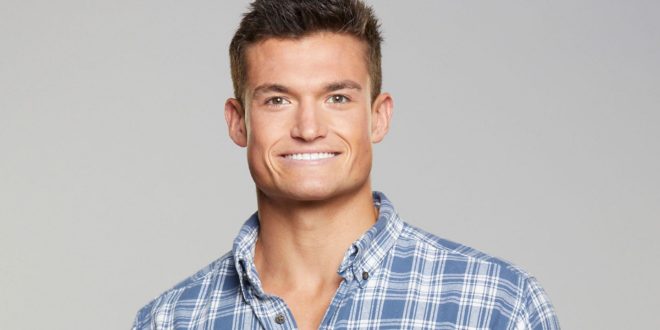 If Marshmello has taken a few month break from touring, we’ll know why. It’s because he’s in the Big Brother house and we finally found his real identity! 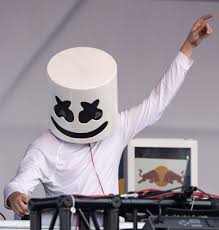 Look at that jaw. Holy shit. That is the squarest head I’ve ever seen in my life. I’m guessing Jackson is indeed very hip with that face (if you don’t get that reference, you’re too young).

Ok, enough square face jokes. Let’s wrap this profile up into a box and move on with that. I don’t want to be square.

There isn’t much else to talk about with Jackson. He is from Tennessee but moved to LA likely for fame. I guess things haven’t been going too well so he decided to become a box. Dammit, there I go again. Let’s just give a prediction

He’s totally going to ‘bro it up’ with Aquaman and make it a good amount into the game. I see him as a Winston to Jack’s ‘Brett’ and will likely suffer the same fate as Winston when he’s shipped out of the house and delivered to Julie Chen sometime mid game.

Three adjectives that describe you: Driven, assertive, and confident.

What do you think will be the most difficult part about living inside the Big Brotherhouse?
Honestly, nothing seems too difficult that I couldn’t endure it. However, remembering that I’m under 24/7 video surveillance will be my only hiccup. I feel like after a week or two I’ll become comfortable and forget that I can’t sleep naked, drop my towel, etc. Also, the food. I’m not a picky eater at all, but I eat a good amount of food. Not being able to grocery shop and get my daily watermelons or protein bars would be tough, but manageable.

Which past Big Brother cast member did you like most?
Paul: Simply, he told it like it was. I respect honesty and boldness. Brett: “Guy’s Guy” to a tee. He was socially talented, physical, and would probably be someone I would hang out with outside of the house.

Do you have a strategy for winning the game?
Absolutely. Be physical—which I’m very good at—but not too physical. I will win competitions but I’ve got to pick them wisely as to not become too large of a threat. Furthermore, be willing to do anything and everything I have to in order to win the Houseguests over on a social level. I was pre-law and have been involved in real estate/sales my entire life. If there’s one thing I’m good at, it is connecting with people, reading them, and selling them on whatever it is I’m trying to get them to buy into.

Whether it’s a property, a judge and jury, a bottle of wine, or medical supplies, I can sell it. Sales is all about being the person your customer wants you to be and selling them without them knowing they’ve even been sold. I can, and will, sell myself to the houseguest and get them to buy into me.

My life’s motto is…
“Anything in life worth doing is worth overdoing, moderation is for cowards.”

What would you take into the house and why?
– My weight belt/Versa Gripps so I can lift as heavy as I do outside of the house.
– Some form of music so I can work out, relax, or regroup.
– An iPad or tablet that streams my mass every Sunday morning so I can stay in touch with my religious side.

Fun facts about yourself:
– From middle school all the way through college, I used to write papers/speeches/etc. for money.
– I can shotgun a beer in under 2.5 seconds.
– I skipped my college graduation ceremony to go to South Beach Miami, Florida for a week with buddies.
– My senior year of college on spring break, I put $500 on Black at the Roulette table at the Hard Rock in Punta Cana, DR and won three times. In a row.