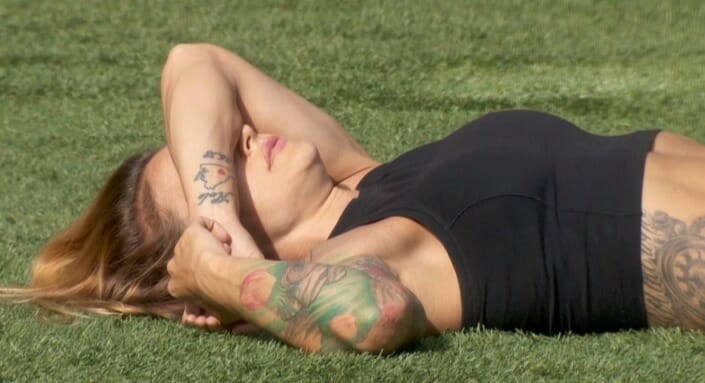 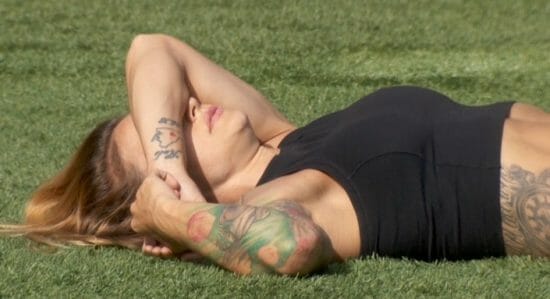 What a strange thing to watch. This morning the feeds came on to see Christmas on the ground with Jason over her asking if she was okay.  She replies “No, I broke my fucking foot” or something like that and Jason ran inside to get help from DR.  Not the weird part.  The weird part came when the camera focused on her, then another camera zoomed in on her foot. Felt very voyeuristic to watch someone suffering in pain instead of rushing to help her.

Now I understand how the show works. They obviously can’t rush out anytime someone gets an injury, and the camera people shouldn’t stop what they’re doing and help (they’re camera people, not trained medical professionals). Plus they’re all behind the glass and not exactly like walking around her staring. So while it makes sense they had nothing else to do but film it, it’s still weird. Moments like this are a reminder that we’re watching real people in real time where anything can happen.

If you’re wondering, here are some screenshots of her foot so people at home can make an amateur diagnosis…. 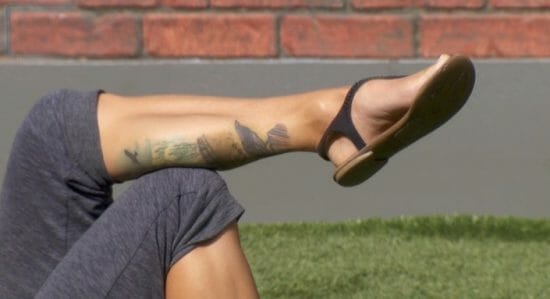 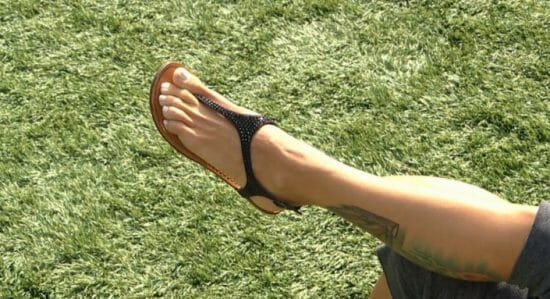 The top image is clearly discolored around the ankle but I don’t know if that’s normal for her or not.  Anyway, feeds are finally back up so time for some blogging. I’ll keep you updated if I hear anything about Christmas….

Posted a longer update / recap on the day here