Spoilers – Feeds Up! Here Is What We Know 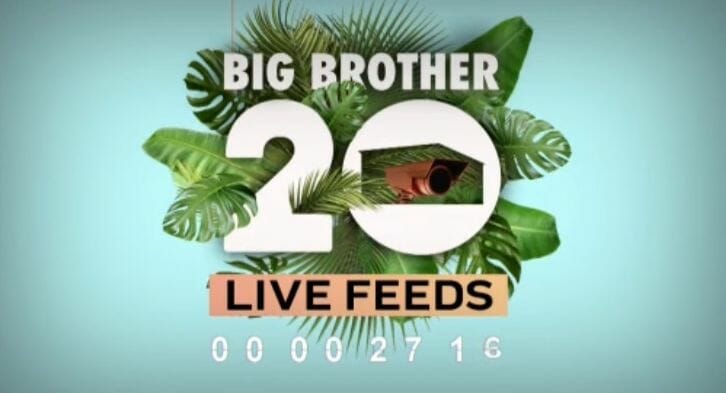 The feeds are up!

After one very long winter and two long nights of the season premiere, we’re finally at the time when the Big Brother 20 feeds go live and we get to actually see what’s going on in the house!

I was prepared to do some live blogging, but as tired as I am, I will be lucky to get the latest information for you tonight. I’ll try, though. Either way, I’ll be live blogging tomorrow on schedule! (what that schedule is, I don’t know yet)

Before I begin with the current, let’s jump into the past and talk about tonight’s episode.  I was a bit surprised that the show had this entire competition just to get a target on the winner and not even give him the HoH.  Swaggy did get to save himself but the guy couldn’t even play in the HoH competition. I know the first week is not that important to get the great treats and stuff, but it still sucks for the guy.

As we saw, Tyler won the first HoH and played it very safe by putting up the first two people who were eliminated from the HOH competition. Steve was unsurprisingly one of them and Sam was the other. I have to say, she’s not having a very good week at all. She loses the comp and gets a punishment where she sits in a room all day and controls a robot. Then she is the first eliminated from the HoH competition and then nominated because of it.  Ouch.

For now, I still feel Steve will go home first but Sam’s luck has been shit so far.