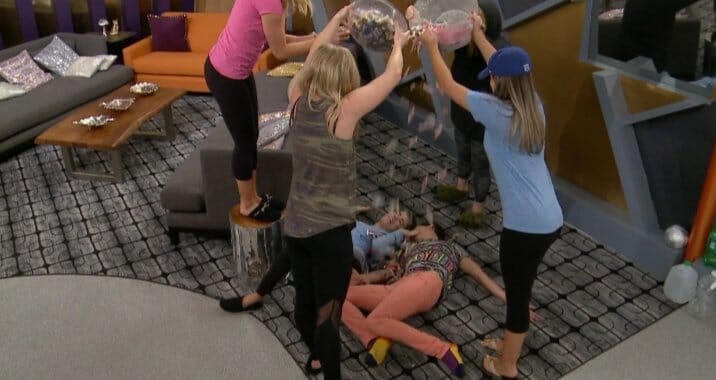 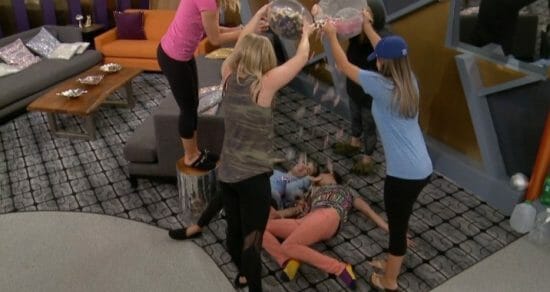 Who wants to see Shelby and Jason end up bonding and forming a secret alliance because they’re basically perfect for each other?  This guy does!

Seriously, if there was one unlikely alliance to happen, it has to be Jason and Shelby. They need to make it happen. Both are pretty funny and outspoken. Jason has a pretty damn good social game while Shelby is extremely intelligent.  That’s it, I’m almost officially on team Jason/Shelby. If they don’t form an alliance by the end of the week, the BB gods are going to be furious with them.

Regarding the actual game – final noms will happen tonight, but the big question will be who will be America’s Nom tomorrow. That is pretty huge because hypothetically if say Alex and Danielle are nominated today (just two random people from each side) that leaves Justin, Kryssie, Morgan and Whitney as voters (plus America).  America almost always votes for who they nom, so if they put up Kryssie, that leaves Justin versus Morgan with Whitney as the wildcard. If she votes Kryssie, she’s gone. If she turns on her alliance and votes Alex, then America will still probably vote Kryssie and it will be a tie.  Then it will come down to who does better at the PoV competition (Shelby or Jason).

Crazy times ahead… another week where America’s Nom, the PoV and America’s Vote will play a big factor. It’s nice to see the PoV matter nearly every week, and it’s nice to see the viewers so involved in the outcome. I’ll be curious to see how much of this carries over to BB19