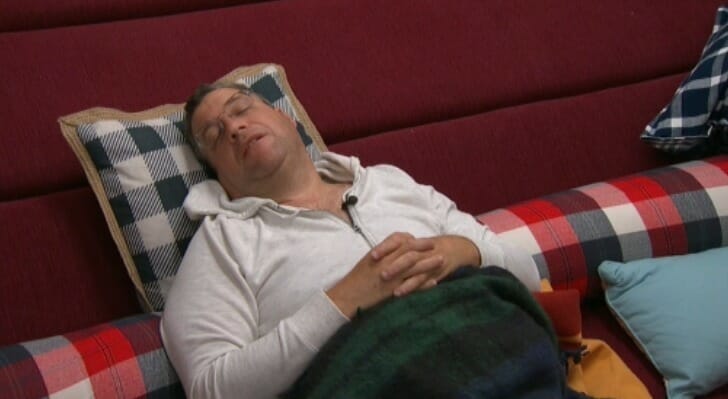 It’s Monday and the noms are still the same. What does that mean? Well, as I discussed in the post yesterday, it’s been a hot debate as to whether or not Ovi can use his power after the veto meeting. It turns out, barring Ovi being an idiot who thinks he’s safe, he can’t use the power. Stuff like that kills me. One of the biggest ways we bloggers make our summer income is through referrals of live feed sales (sign up here!) but I can’t go recommending you sign up to boring feeds. Sure, I mean sign up if you like beach bodies, but if you’re looking for drama, you’re going to have to wait. So far the feeds have been Christie and Kat crying, most of the house bashing Kemi, and most of the house bashing Jack. Oh, and Jack making final 3 deals with everyone.

They had a chance to stir up the house with this latest twist but for some reason decided to make it so that it couldn’t be used after the veto competition. Thanks, Big Brother! Another wasted twist that makes you look like you haven’t been running the show for 21+ seasons and couldn’t foresee the possibility of the twist winner being a re-nom. Or just not caring. Either way, it’s stupid. Rather than give the audience what they were probably anticipating this Wednesday night after watching last night, we’re going to see Ovi briefly mention how he can’t use the power and then he’ll be evicted. Great.

Personally, I don’t care who gets evicted, but I do want good feeds, and good feeds would have been the house being woken up last night and Christie forced to re-nom two people on the spot. Although, that likely would have just resulted back in Kemi being on the block next to a pawn and Christie crying for the rest of the week. Maybe it’s better they didn’t do the twist.

Before I begin, follow me on Instagram because I’m a klout chaser looking for as many likes as possible!