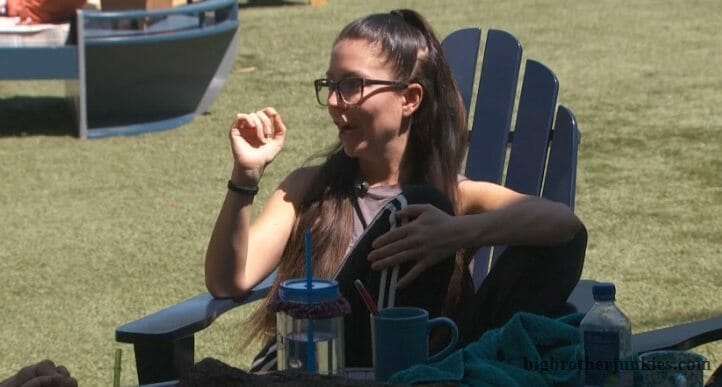 What’s up with this six-person alliance thing people are obsessed with this season? Is it because Kaycee was part of a six-person alliance and she won last season?   People do realize that the only reason that alliance was as effective as it was is that they were all loyal throughout the entire season, right?  They didn’t fill people in when Rachel or Brett left. It was six people who fought to the end with four of them making it very far in the game.

This season, whenever people are kicked (or voted out) of the six-shooters, Tommy has been adamant about having people fill those missing spots so they are always six strong. I mean it may be a strategy that ultimately works in the end, but it’s just weird.

I mention this because Cliff, Nicole, and Nick have apparently replaced Jack, Jackson, and Holly in that alliance which means they will be next to go as well as Jessica assuming that 6 wins HoH this week. This is assuming Cliff indeed does stay which is seeming more and more likely now that he has made a deal with the devil for safety. Cliff is somehow surviving and every week he survives just proves everyone wrong that he was dumb to not backdoor Christie when he had the chance. I went through the likely outcome had he made that move and there is an extremely good chance that Cliff would have been out the very next week considering Holly won that HoH.

Before I begin today, I have to once again mention Analyse’s difficulty with the length of days because that’s hilarious. I know Mel touched on it this morning, but never forget that someone said: “since we’ve been in the house, the days have been getting shorter” and Analyse was happy because that means less time inside the house.

Oh, and I’m going to start plugging the donate page because I have added Mel’s donate link and soon I will have NK as soon as she gives me the link (check your email, NK)

And I can’t forget the BBJ Pet of the Day!

This good boy is Chandler sent in by Jenny! Thank you Jenny, he’s beautiful! 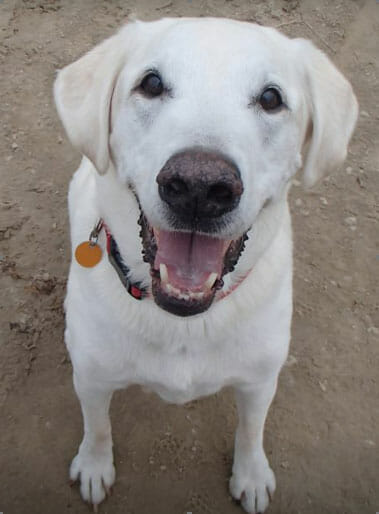 12:00 pm – Quiet afternoon in the house. Most are outside

1:13 pm – Tommy is talking to Cliff in the HoH room. He is saying they’re on the same page but he wants to pump the brakes a bit. This is because he told Kat he’d keep her informed so he doesn’t want her getting suspicious.

Tommy says he’s going to pitch to Jackson how Cliff is generally better to keep because he’s injured.

He’s also shocked to find out he was the #1 target from people this week. He (Tommy) thought he was good with everyone. Cliff explains it’s because they wanted to break him away from Christie

They say they won’t talk much this week about it and just lay low. Christie joins and the talk breaks up

Now Cliff is explaining how he has no problem working with Christie and he only wanted Jack out because he was so strong.

Christie is still filling his head with bullshit how much she really did want to work with him blah blah blah. No, you didn’t. You’ve been trying to get him out since you heard him say your name in his private conversation with the camera 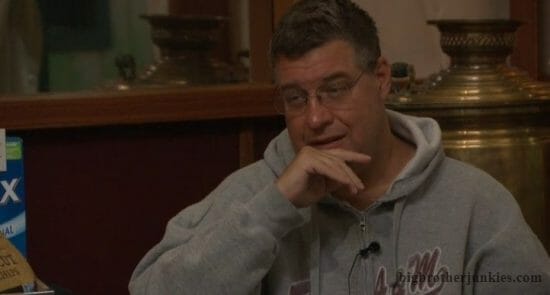 Christie says how she is beginning to think Kat and Jackson have a fake hate so people will just keep thinking they’ll go against each other but never do. She’s right.

2:30 pm – Nick is downstairs cooking what I think is banana bread. I know this because he discovered there is no bread in banana bread (as an ingredient)

3:50 pm – Nick and Sis are close in the boat room talking which make me think of this recent tweet: 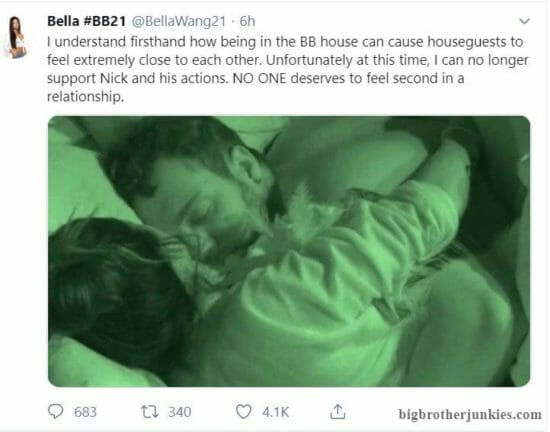 Oh, and Nick thinks there are 9 people in the house so there could be a tie.  This guy is dumb

Cliff joins and talks to Nick about the conversation he had with Christie. However, the 5 remaining ‘6-shooters’ plan on meeting up tonight.

Here is a random picture of Nicole in a hat 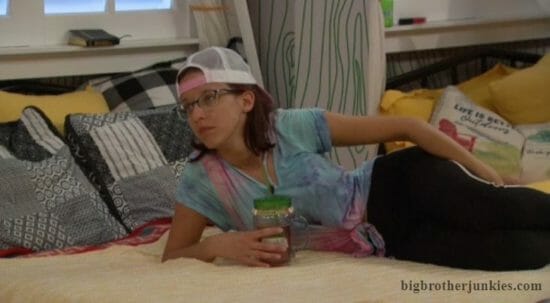 They are speculating on what happens during a DE. Hopefully Nicole is playing dumb when she speculates that the second HoH of the night happens on Friday.

And Analyse is so bored she’s plucking her arm hair.

5:00 pm – Kat is talking with Tommy. She says she’s going to campaign to everyone tomorrow but wants to see where the house is at

She is nervous about it being a house vote and her not on the good side.

Tommy plays dumb to pretty much everything she says like the alliance getting back together or even what a house vote was. He acted like he didn’t know. She asks if they’d keep Cliff because he’s injured and he actually does say it’s possible.

6:30 pm – Nicole and Jess are having a casual conversation in the bathroom. Tommy and a few others are talking in the bedroom but I am done with Tommy’s laugh tonight