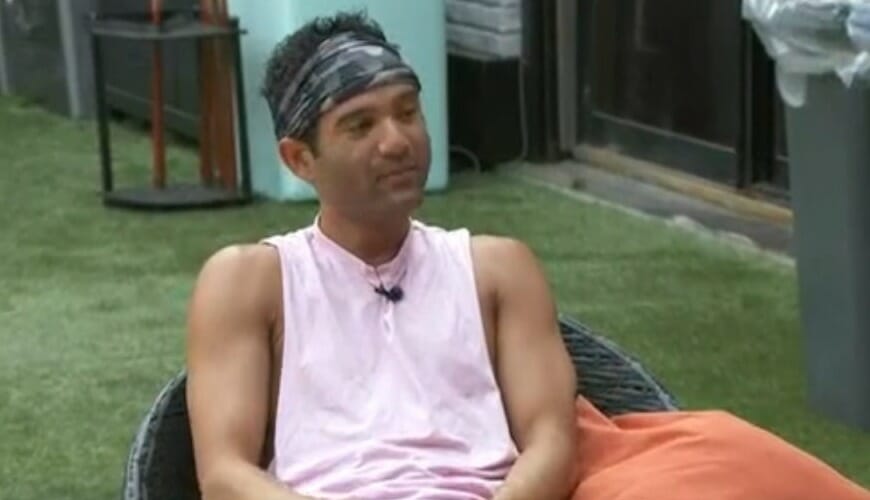 If you missed last night’s blog post, let me catch you up real quick so you’re not confused by today…

Last night, Tyler approached Bay and Day and told them he feels responsible for them being up this week. This is in regards to what was shown on CBS last night with Tyler telling Bayleigh that Dani was coming after her. He actually told Bayleigh that he half-expected the information he shared to come back to him (negatively), and actually felt worse when it didn’t. That’s because Bayleigh remained loyal to him and kept her source secret while Tyler was sneaking around talking about getting her backdoored. Because of this, Tyler told the girls he was willing to fall on his sword and offer to go up as a replacement nom and go home this week. Now, before we put the superhero cape on him, just remember that he’s been fairly miserable in the house and knows this is likely the last week to leave before he’s stuck there for another 2 months in jury. It’s a nice gesture regardless, but I just wanted to throw all the facts out there so people can have an informed opinion on him.

Now, what is actually about to happen is a mystery thanks to production. When Tyler went up to actually talk to Christmas about this plan, they cut the feeds and didn’t let us see any part of that conversation. The most we got out of it was at the very end where Christmas told him to sleep on it. I’m not exactly sure of the thought process behind that decision, but Tyler basically needs to go home now because of it. Why?  If he doesn’t, it’s going to look like production intervened to save him. Even if Christmas legitimately talked him out of it with extremely valid and rational reasons why he shouldn’t throw his game away, it will forever look like production saved their golden boy.

Before I begin, I want to give a huge thank you to the generous donation from the Focus on a Cure Foundation. This foundation is created to help raise awareness for Parkinson’s Disease. This is a great cause so please check them out!
Also, If you have donated this season and would like a special shoutout link like that, please contact me.

Alright, let’s get into the updates: