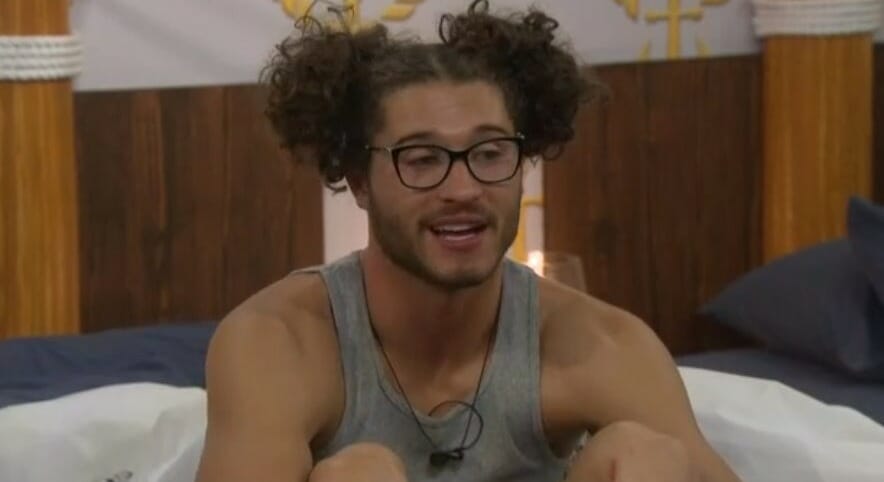 Where will the Frenchie show go today, and how boring will the house be when he’s gone?  Those are the questions of the day. Feel free to write your responses in 300-word essays, please!

I hate to keep focusing on one person, but the guy is the show so far this season. He’s been a fantastic train wreck of fun. Comes in the house guns blazin, plays victim, sets up many alliances, sets a target on someone (Brent) and then flips on the target after a 10-15 minute conversation with the guy. It’s been wonderful. A true gift after whatever the hell last season was.

The question on everyone’s mind is – who will he actually nominate? And who is his target?  To that I say, I really don’t know. He has dropped so many names out there this week that I have no clue where he stands.  He said he didn’t want to nominate a female or person of color (see discussion here about that ridiculous comment) and he wants to get a jock out first.  That basically leaves Christian, Brent, Travis, and DerekX (again, see my previous post). He immediately wanted Brent as the target but as I mentioned above, that changed after a quick conversation. Frenchie loves the guy now. In addition, just before leaving for noms, Frenchie was sitting in the room with Brent, Travis, and Xavier forming what seemed like a base of an alliance (yes, another). If he wants to align with Travis, that leaves Christian and DerekX.

However, now we’re in a tricky situation because Christian won the wildcard competition which makes him safe and Frenchie has been moving away from DerekX after realizing how pissed he was at Christian. This leaves, well, nobody.  And this is before nominations!  Right now 6 out of the 16 are guaranteed safe this week (Jokers + Christian + Xavier).  They will have a veto competition which could in theory add two more to the safe list if someone wins and uses it on someone else.

Also, don’t forget that I created a spoiler cheat sheet this year you can also access from the menu

All right. The plan is coming together. Frenchie is going to call on his alliance (the whole house minus DerekX) to throw the veto tomorrow because they want to backdoor X.  Stepping away for a bit. I’ll open a night thread soon!