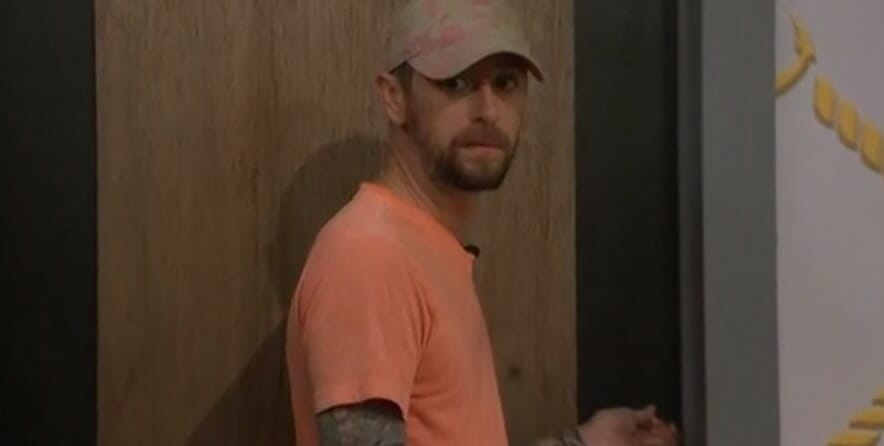 Well, yesterday was a tough one as most here know.  I do want to say Mel’s story on Nickie was absolutely beautiful as were all the others shared in the post. And as Mel stated, Nickie may have been a private person but there is one thing I know she’d want from us and that’s to keep focused on this season so that’s just what I’ll do. But as I said, if I get more information about her and permission from her family, I’ll post more.  Also, a huge shout-out to the Karen raging in the comment section last night because I cut my blog short LOL. He/She shouldn’t even see this because they demanded I resume updates within the hour or they’d leave but thank you because I had a good laugh from them.

Oh and another note – for those who subscribe to email updates, if you got an email last night about a post that was blank, ignore it. My main gig is digital marketing + web design/development and tried to clear my mind by working on that but clearly, I wasn’t focused because I’m an idiot who sent out a mass email instead.  I never mention that but seeing as I did, I’ll drop a plug and say if you work for someone who needs that type of work done, contact me 🙂

Finally on to Big Brother –

While I didn’t blog the feeds, they were on and a lot of scheming was going on. Not about Frenchie, as the image above shows, he’s being shown the door tomorrow. The house has been planning for next week and the usual divide that happens every season is beginning to form.  You have Brent, Whit, Alyssa, and Christian with DX tagging along on one side and a majority of the girls on the other (Claire, Tiffany, Hannah, Britini).

Alyssa was just about to become the #1 target for the girls next week until she comes in the room and starts dropping some details on her side of the house. Tiff and Claire were a bit shocked that Alyssa clearly can’t see the divide forming, but they decide keeping the mole around a bit longer is ideal (even though the mole doesn’t realize she’s being a mole). But they do know they need to get out as much of the trio of Xavier, Alyssa, and Christian before jury as possible because we all know what happens when a bunch of friends end up in jury together. Ask Tyler.  Most of the alliance he schemed to get out of the house ended up as the people voting for his chance to win, and clearly they took the butthurt route and voted against him.

Not that Kaycee was a terrible winner. She at least did turn up her competitive game when it mattered which helped her alliance advance. It’s not nearly as embarrassing as the jury members who voted for Nicole and then Josh to win because Paul is a big meanie.  But, you never really know how bitter the jury will be so it’s best to get out the friends before they even have a chance to screw you over on finale night.

So that’s basically what I missed last night. Let’s jump to today:

I also noticed a weird caching issue with the site that apparently had my updates on delay for those logged out. I never noticed because I’m always logged in but I’m going to look at the settings later and see if I can speed up the cache refresh for users not logged in

I’m going to close this thread, eat dinner, and start an evening thread. I expect even more whispers tonight.  I still think the fight radar is super low but hopefully it’ll increase next week.  Check back shortly!