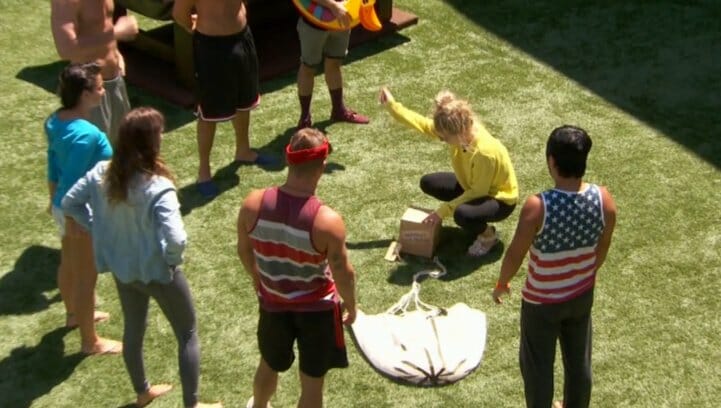 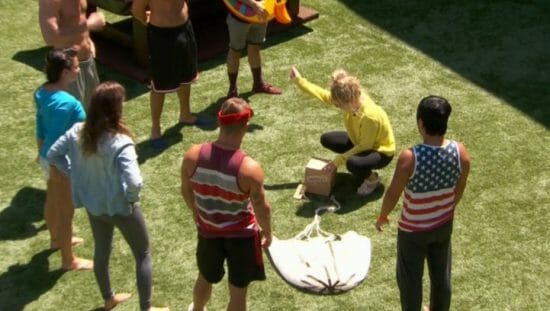 Good afternoon, everyone. It is Friday, so that means not only nominations, but we get to see who wins the care package. If you’re a fan of Nicole, well you’re in luck. In addition to a week of safety, she also gets to wear some special suit. Let’s just hope it is a t-shirt that says “I’m with stupid -> ” which will be very fitting when sitting next to Corey.  Congrats to her, but it sounds like it will help make Victor’s decision that much easier – assuming he goes the route he plans to. Last night, he pretended he was all about his boys, but after Paul got in his head throughout the night, he realized “his boys” will certainly not take him to the finals, and will probably cut him sooner rather than later. This gives me hope it is not just a boring week with something stupid like Michelle and Natalie on the block. We will find out later on, #butfirst, Big Brother had to give the last of the remaining vets a treat.

At least we won’t see Nicole walking around pouting this week because she didn’t get the reward (like the last 2 weeks). However, she’ll hopefully be pouting for other reasons.

Quick thank you once again to everyone who has donated for my trip!  <3  (yes, I did the heart emoji because you guys deserve it). Here is the link if you want to contribute!!

Seeing as this post is getting long, I am starting a new one for the post-nominations here