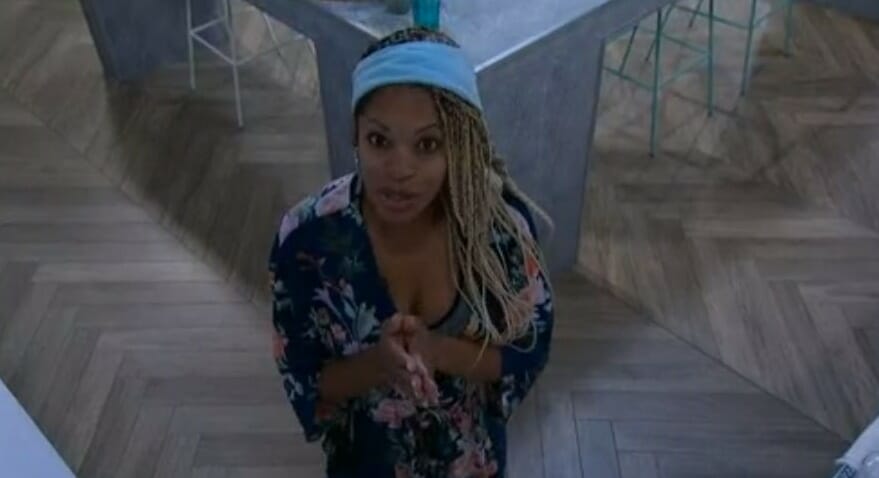 Alright, this list is nearly identical to last week which shows how stable this house has been all season long.  It’s been so predictable that even the backdoors have been predictable. The biggest surprise of the season was when DX decided to go full steam into getting Christian out which sealed his own fate.

This season has 3 major candidates to win it all – Tiffany, Hannah, and Xavier. I believe Xavier has the best chance, but he also has the hardest road as he’s going to be a major target as soon as the CO starts attacking each other. If he survives the triple eviction, he should be in good shape.  Hannah is in a similar position as she’s a fairly big target but also has the intelligence to pull off some key wins late in the season (like Ian during BB15).

Tiffany will likely be the one to get them both out and cruise to victory, and she’ll certainly deserve it. She has also played a monster game and by far the most strategic person in the house.  It’s going to really come down to strategy vs strength vs intelligence for my top 3 players (note – Big D is not a top 3 player. I put him in 3rd place because that’s likely where he’ll finish. He’s going to get carried to the end then discarded)

Tiffany is still calling the shots, but her winning HoH may increase the target on her back a little

Xavier is tough, he has an excellent shot at winning if he makes F2, but getting there will be the challenge because he’s a HUGE target right now

Mr Final 3 still in his position at 3rd spot where he’ll likely finish.

Still in the house. Still not doing a whole lot of anything.

Another dead woman walking. Has no chance this season

Yup, Alyssa is still in the house for now.

As expected, she’ll be the next to jury